Among the decisions announced after the central government’s annual closed door meetings at Beidahe are appointments of the top leaders of various provinces. An official statement released on Monday announced that Zhang Chunxian is being replaced by Chen Quanguo as secretary of the Communist Party of China (CPC) Committee of the Xinjiang Uyghur Autonomous Region (XUAR). This is something of a promotion given that Xinjiang Party Secretaries usually serve in the Politburo, though we will have to wait until the 19th Party Congress late next year to find out if he will be raised to the position. This appointment will make Chen Quanguo the first party member to have served as Party Secretary of both Xinjiang and Tibet. It is worth considering the possible significance of this and taking a look at the record of Chen’s five years in Tibet to gain insight into what his appointment might mean for East Turkestan. Chen is replacing Zhang Chunxian, who has occupied the post since 2010 and who takes credit for a decline in “violent terrorism” under his watch despite the considerable amount of violence perpetrated during the “Strike Hard” campaign. The announcement stated that Zhang will have “another appointment, rumored to be a transfer to Beijing to be Deputy Secretary of the Leading Small Group for Party Building (中央党建领导小组). Some observers interpret this as a type of demotion caused by his possible ties to Zhou Yongkang or even possibly even dissatisfaction with his performance as Party Secretary in XUAR; others speculate that it may be a significant position given the importance the Xi administration places on Party discipline.

James Liebold describes the appointment as a setback for Xi given that fact that Chen is from the tuanpai faction, but the opacity of the Chinese government makes such things difficult to ascertain. What does seem certain is that his transfer from Tibet to Xinjiang reflects some level of official satisfaction with the performance of his duties there and the possibility that official policies in the two majority-minority regions are converging. Like East Turkestan, the CCP’s rule in Tibet focuses heavily on repression of religious institutions and expression, and Chen’s tenure saw no moderation of this policy. His policies in Tibet can be illustrated with the article he penned for Qiushi in 2013, vowing to build an “impenetrable defense” against separatism and blaming unrest in the region on the “reactionary propaganda of the splittists” entering Tibet” (for an unofficial English translation, see here). There followed a campaign of seizing satellite dishes, increased radio blocking and internet monitoring. Chen struck a similar note in a 2015 Qiushi article calling for increased government propaganda presence in temples, followed by orders that all monasteries fly the Chinese national flag.

Under Chen’s watch self-immolations peaked and the authorities responded to the protests by increasing security measures, including detaining protestors’ family members and indiscriminately cracking down on their communities. The government rather absurdly defines self-immolations as terrorist attacks, and in 2015 began offering rewards for any information on “violent terror attacks” and the spread of “religious extremism.” As in the case of East Turkestan, the government blames unrest on foreign forces and has increased scrutiny of Tibetans and Uyghurs attempting to leave the country- the local government boasted that no Tibetans managed to go to India for religious reasons in 2015. Nor does being an official spare Tibetans or Uyghurs from falling under the general cloud of suspicion- they are subject to even stricter rules about their religious conduct than the general population. In 2014 15 officials in Tibet were severely punished for allegedly being part of an “illegal underground Tibetan independence organization,” while the head of the Xinjiang Commission for Discipline Inspection has suggested that some Party members in the province are uncommitted to ethnic and national unity and even support committing “violent terrorist acts”.

Tibetans and Uyghurs share many of the same complaints about their treatment by Chinese authorities- suppression of religion and language, environmental degradation, Han in-migration, and an oppressive security apparatus. Chen’s appointment suggests there will be no policy discontinuity, and that the central government is increasingly grouping Tibet and East Turkestan together as regions that pose a threat to China’s national security and therefore are in need of particularly repressive policies. Although Zhang Chunxian struck a warmer tone than his predecessor Wang Lequan, government policies remained as harsh as ever under his watch. There is every reason to believe that the same will be true of Chen Quanguo given his track record in Tibet. 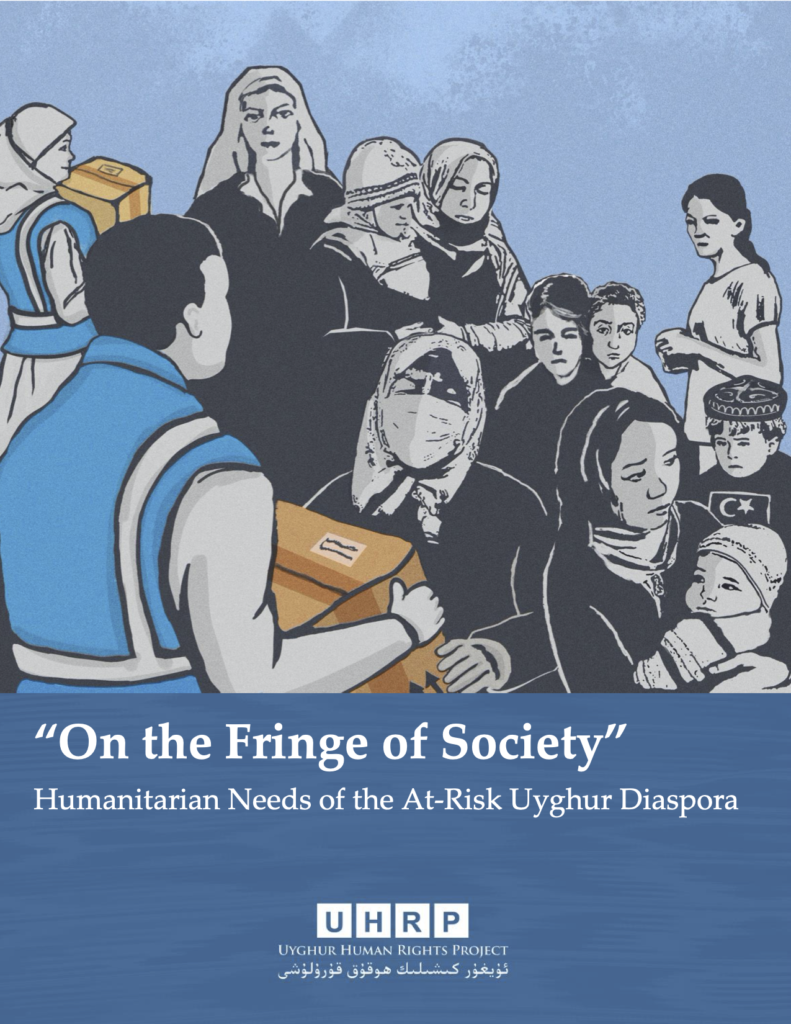 “On the Fringe of Society”: Humanitarian Needs of the At-Risk Uyghur Diaspora