Since 2002, the People’s Republic of China (PRC) has engaged in an unparalleled campaign of transnational repression as part of its efforts to coerce and control Uyghurs living abroad.

As a result, members of the Uyghur diaspora have experienced the long reach of China’s authoritarian state in the form of relentless harassment, intimidation, and coercion. This campaign of fear expanded dramatically in 2017 as China embarked on a policy course of mass repression and internment in the Uyghur Region.

For many years, UHRP has meticulously documented the Chinese government's use of transnational repression against Uyghurs and the evolving nature of its strategy to harass, intimidate, and silence Uyghurs abroad.

Below is a list of UHRP research and resources dedicated to uncovering and combatting transnational repression. 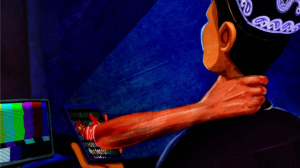 “Another Form of Control”: Complications in Obtaining Documents from China Impacts Immigration Processes and Livelihoods for Uyghurs in the United States UHRP Welcomes Prosecutions of Chinese Secret Police Harassing and Spying in the U.S.

On World Refugee Day 2021, UHRP Calls for Protections for Uyghur Refugees to be Instituted Globally